Reflecting on National Careers Week and International Women’s Day, we spoke to Vanessa-Pritchard Wilkes, the Head of Strategic Influence at Housing 21, about her role, her career journey and her perspective as a woman in a senior role. 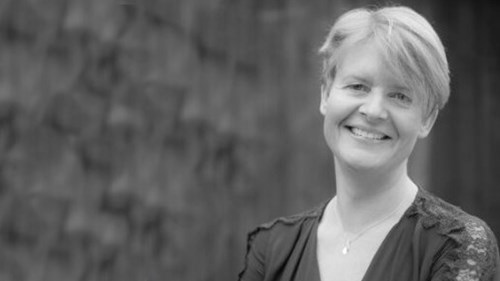 Please can you give a brief overview of your role/department, and tell us what excites you about it?

The Business Improvement Team is a newly formed team and has a wide remit. It includes everything I used to do and a lot more!

The team is there to provide the organisation with housing management information so our operational colleagues have the information they need. We also lead on the Helping Hands initiatives, which focuses on tenancy sustainment and we are helped to do this by an amazing number of Tenancy Gurus who do a great job in supporting our front line staff to ensure residents have the financial support which they are entitled to.

The research function is also in the team, undertaking the regular resident and care surveys as well as other ad-hoc ones. We also work with a number of Universities and ourselves and residents sit on Advisory Panels of research projects.

The oversight of complaints is also in the team and soon we will be providing the strategic oversight for resident engagement.

All of the above excites me and building a new team and seeing people come together and flourish has to be one of the best things about the job.

Why is working in Business Improvement a great career choice?

The work is so wide ranging, no two days are the same and there are constant opportunities to learn new things and be pushed out of your comfort zone.  We are a new team and we have a great opportunity to shape our work and new ideas and innovation are actively encouraged.

My career choice was originally as a researcher which is quite balanced in terms of gender. I have also always worked in the third / public sector which tends to be more balanced.

Senior roles are often considered to be male dominated. What is your view on this? Have things changed during your career?

I have to be honest and say I’m not too sure.  Yes, more women are visible at the top but there is still an imbalance. Each year for our Housing 21 conference I try and have mixed panels of speakers and I have still ended up with all male panels. I still attend meetings where males significantly outnumber females.

Some of it obviously depends on the sector you are in.

For me, it’s more about the attitude of individuals towards colleagues – some people are more inclined to listen and respect women’s views, but that applies to both genders.

But being positive, we are all contributing to that change and Housing 21 actively encourages that diversity.

As a woman, have you experienced any bias during your career, and how have you dealt with it?

I would say that I experienced bias at a much younger age. I had an elder brother and was constantly told he was more clever than me and I have been called a dumb blonde on many occasions. I know that younger colleagues have felt that their voices are not as important as older ones so I actively try to engage with my younger colleagues as I think mixing younger and older workers provides a great combination of ideas, experience and insight.

I don’t think I have been subject to a great deal of bias but I think my career as a researcher and the sectors I have worked in have been supportive.

What have been your biggest career challenges?

Juggling motherhood and work, that guilty feeling when you have to leave work at a certain time to pick your children up – there is no choice. Someone seeing you go to leave and then looking at the clock does wonders to increase your guilt.

What is your biggest success / what are you most proud of with regards to your career?

It has to be gaining my PhD, which was a long test of endurance and hard work whilst being a single parent to young twin boys

What advice would you give to women at the start of their careers?

Believe that your voice is as important as older workers – be they male or female.

Work on your confidence, that is one of the most important skills to be successful in your career.