A new sensory garden has officially opened following a transformation at Trinity House in Coldhurst, Oldham. 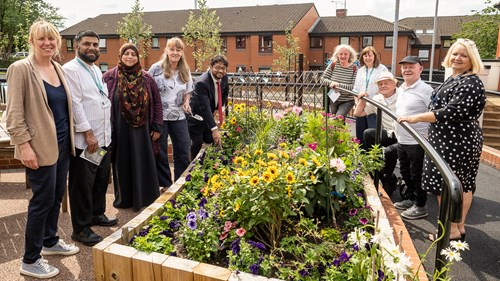 Originally an underutilised carpark, the new garden was transformed to bring a much-needed, outdoor green space for residents. The garden includes wheelchair-friendly circular benches, additional seating including an awning, raised timber planters, a pergola and a new access ramp. Not forgetting the plants which include a variety of roses, lavender and winter jasmine.

The project has been delivered by Housing 21 who manage the Extra Care scheme and Oldham Council who funded the renovations through their Capital Investment Fund 2019-22. They also funded two other gardens at Tandle View Court in Royton and Charles Morris House in Failsworth.

Dawn Aston-Adams, Head of Oldham at Housing 21, said: “This has been a great partnership between Housing 21 and Oldham Council. This new garden is already making a real difference to people’s lives at Trinity House, and we can all appreciate how having access to green space is good for our wellbeing.” 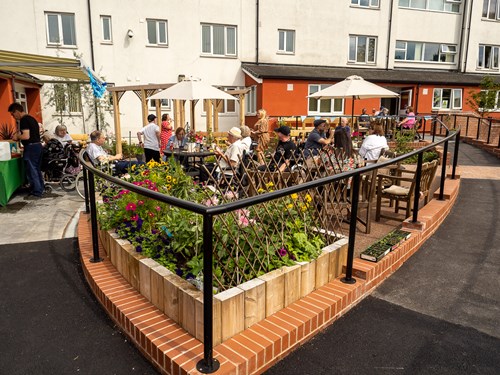 Councillor Amanda Chadderton, Leader of Oldham Council, said: “The new garden at Trinity House looks fantastic and provides a wonderful new green space, which is fully accessible for all tenants and local residents to enjoy.

“Through our partnership with Housing 21, people can relax outside and can even take advantage of the great restaurant facilities offering affordable, freshly prepared meals, so I can encourage everyone to make full use of it.” 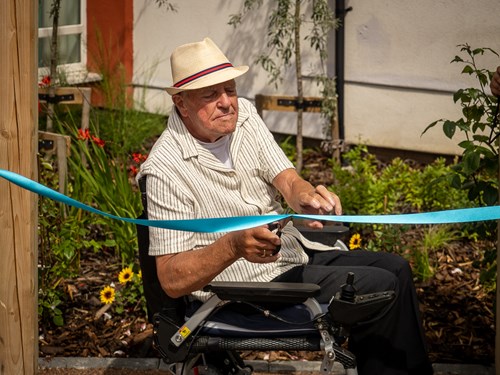 Pictured: Resident Terry cutting the ribbon to mark the opening of the sensory garden

Councillor Abdul Jabbar, Deputy Leader and Coldhurst ward member, said: “I would like to thank all the residents for their contributions to this wonderful garden.”

The grand opening was a celebration for both residents and partners, with entertainment, fun activities and a buffet provided by on the on-site restaurant. Partners were also welcomed with a tour of the scheme, met with Housing 21 employees and enjoyed a tour of the show apartment to learn more about the Extra Care services provided.