Vision for Later Life: A Response from Bruce Moore, Chief Executive at Housing 21

McCarthy Stone’s report, ‘Vision for Later Life in Britain’, published on 24 May 2021 recognises that happiness in later life goes beyond bricks and mortar developments. Health, social care, financial wellbeing and social connectivity are also incredibly important. We at Housing 21 completely support that opinion, and back the vision of McCarthy Stone to make Britain the best country in which to grow old.

Housing 21 agrees that ageism is a serious problem - it is rife and its effects can be debilitating. Our conference in 2019 asked the question ‘is the UK institutionally ageist’ and the knowledge and views of practitioners, academics and participants suggested the answer, regrettably, was a resounding ‘yes’. Ageism was seen to be integrated across policy and practice and remains the last ‘accepted’ form of prejudice.

Despite the devastating effects of Covid-19, the pandemic has shone a light on the positives and potential of retirement living and the role which it has to play. The Elderly Accommodation Council has heard the stories of many older people during these times and much praise from residents about how their housing providers dealt with the pandemic. Unfortunately, knowledge about the housing options for older people remains limited.  Many people do not know where to go for advice, and housing knowledge is regrettably poor amongst some health professionals. Appropriate housing has a real role to play for people living with dementia, yet it is very rarely discussed with people who are given a diagnosis. Too often entry into retirement or extra care housing occurs at a time of crisis rather than being seen as a positive move.

In the manifesto for change, McCarthy Stone present 10 recommendations. We support any recommendations which combat ageism, such as fair representation of older communities in the UK media. No more wrinkly hand shots please. Language also matters. And let’s remember that older people are not one homogenous group - we need to stop referring to them as such.

In terms of the role which older people play in the economy, the proposal for the introduction of age gap reporting may play a useful role in reminding organisations of the value and experience that older workers bring to the labour market.

Any initiative to incentivise businesses to rehire retired people is positive, however consideration also needs to be given to the wider role which older people play, such as providing free childcare to their families or as unpaid carers to family or friends. Our care system relies on unpaid carers. Also, as the report recognises, much voluntary work is undertaken by older people, and charities benefit greatly from that.

A programme to address the digital divide would also be welcomed as whilst there are undoubtedly many internet savvy older people, there are many others who for a variety of reasons have been left behind on the wrong side of a deepening gulf between those able to leverage the power that the digital domain can offer and those without the infrastructure, connectivity or support to get online.

We thoroughly support the plea for the government to publish a social care white paper. Social care needs to be fixed for the long term and there also needs to be a greater recognition of the dependence of both health and social care on housing and the positive role which housing plays to ensure the maximum benefit is derived from any social care and health interventions.

Whilst preventative technologies may have a role to play, it is unlikely they will ever totally replace the value and quality of care provided by a fellow human being, so any use of technology should aim to enhance the care given by people rather than seek to replace them.

The final recommendation of the report asks for accessibility standards of new homes to be increased. Housing 21 is completely in support of the need for all housing to be age proofed and flexible enough to allow for conversion as people’s needs change. Currently only around 5% of older people in the UK live in specialist older people’s accommodation. This leaves many older people living in less suitable or desirable housing. There are many misconceptions that hold people back and lots of pull factors that are not given enough prominence to allow people to decide if retirement housing might be a good option for them.

We welcome this excellent report and thank McCarthy Stone for this prompt for older people’s housing to be given the attention it rightly deserves. 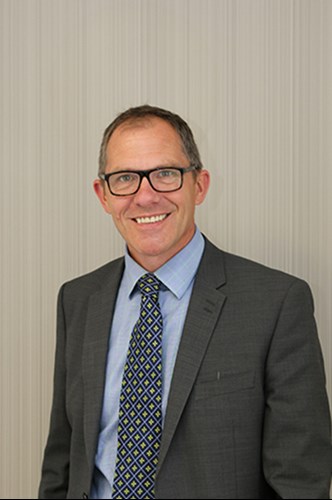